Reprinted from The Los Angeles Chinatown 50th Year Guidebook, June 1988: The Golden Years of Los Angeles Chinatown: The Beginning by Suellen Cheng and Munson Kwok, Chinese Historical Society of Southern California Fifty years ago on the sunny Saturday of June 25, 1938, California’s Governor Merriam and a host of dignitaries dedicated Los Angeles Chinatown’s Central Plaza in a gala Grand Opening ceremony. One of the Nation’s first malls and certainly the first modern American Chinatown, owned and planned from the ground up by Chinese, Central Plaza would provide a magnificent hub and lexus for growth into the famous colorful, vibrant Chinese American community we all know today.

Originally, New Chinatown consisted of many notable restaurants, shops, an herbal store, a grocery store, a bean cake factory, a Chinese deli and offices. In 1938, these long-time establishments were all moved from Los Angeles’ Old Chlnatown, not quite a mile away. What led to this sudden mass relocation into Los Angeles’ Little Italy, and the need for establishing a new Chinatown?

The first Chinese was recorded to be in Los Angeles in 1852. Continuous settlement began in 1857. By 1870, an identifiable “Chinatown” of 200 or so was situated on Calle de Los Negros – Street of the Dark Hued Ones – a short alley 50 feet wide and one block long between El Pueblo Plaza and Old Arcadia Street. These early, mostly male, Chinese were mainly laundrymen, market gardeners, agricultural and ranch workers, and road builders. Despite the heavy discrimination in the late 19th century, Chinese held a dominant economic position in the Los Angeles laundry and produce industries for several years of this period. Consequently, old Chinatown flourished, expanding eastward from the Plaza across Alameda Street and eventually attaining a population of over 3000. The Exclusion Acts inhibited any real growth for many years.

In a typical experience, Chinese became lessees, subleasees or tenants of a major land or property owner, such as Apablasa. Laws prohibited most from citizenship and hence, property ownership. The Chinese densely settled a major part of Old Chinatown on the Juan Apablasa grazing grounds and vineyards, controlled by his old widow. Inability to gain ownership in large measure would have dire consequences later.

Old Chinatown in its heyday, 1890 to 1910, could count 15 or so streets and alleys, and perhaps 200 building units. It had sufficient size and sophistication to boast of a Chinese opera theater, three temples, a newspaper (for a while), and later, its own telephone exchange. Old Chinatown was a residential as well as commercial community. The slow increase in the number of women would lead to the establishment of families with children. During this time, most of today’s leading Chinese family and district associations, Chinatown institutions were founded, and church missions were organized, which began the process of community acculturation. Old Chinatown, with restaurants, curio shops, and “strange” entertainments, even became an attraction for the early, pioneering breed of American tourist. 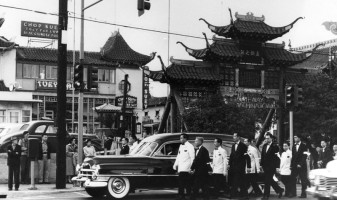 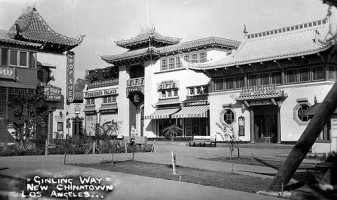 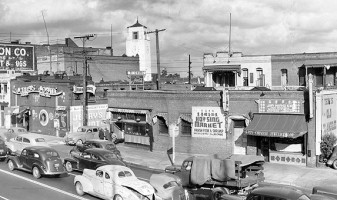 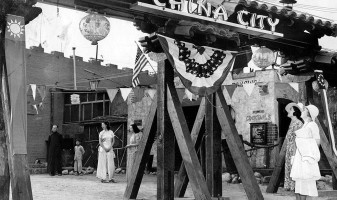 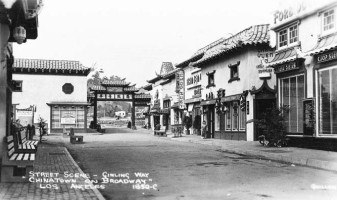 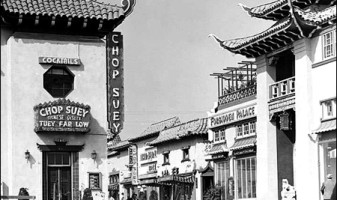 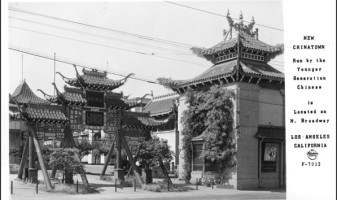 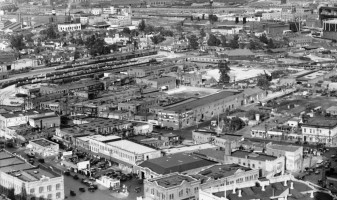 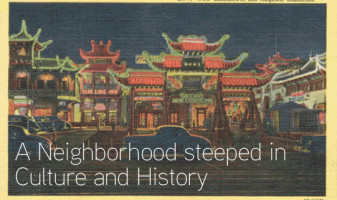